"I AIN'T DOING A DAMNED THANG"

"The Belle of The Blues " 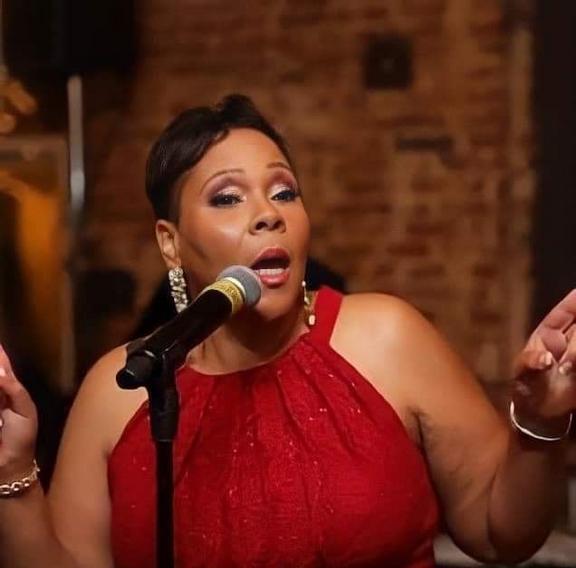 Redd is the blues! That girl is the living blues and the best thing about the blues I have seen in years." - Cash McCall, legendary Chicago bluesman

At four years old Redd put her first act together banging on an old upright piano and using a hairbrush for a microphone. As a child, she sang regularly at her grandfather’s church in rural Alabama and eventually became the featured soloist in a travelling gospel group.

Redd received classical training,under the tutelage of Andrew Gainey of the New York City Opera, and internationally renowned mezzo soprano Mildred Allen of The Metropolitan Opera who encouraged her to pursue a career as a classical vocalist.  Her role as Zerlina, the peasant girl in Mozart's " Don Giovanni" proved her vocal ability as a mezzo soprano. But her southern roots kept her anchored to the music that made her a powerhouse vocalist that blows life into the blues.

Redd's debut CD " Womanhood 101" was cited as
"a new and exciting chapter in contemporary blues" by Living Blues Magazine.

Lured by her power and passion, audiences testify to being taken on a journey that goes from the church to the jukejoint.  Her presence is declared to be electrifying, intoxicating and even spiritual leaving you with a testimony of your own!